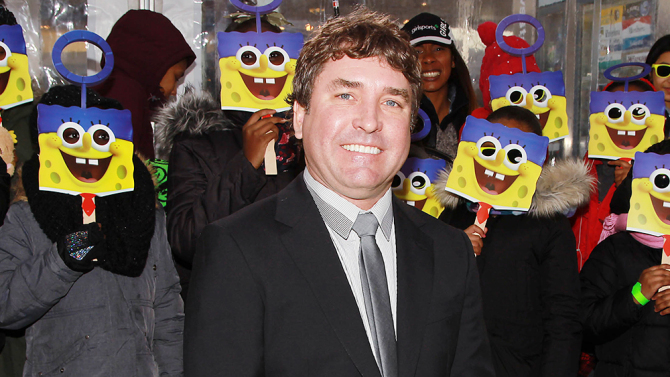 Stephen Hillenburg, creator of the long-running hit Nickelodeon series “SpongeBob SquarePants,” has revealed that he has been diagnosed with the neurodegenerative disease ALS.

The 55-year-old animator shared a statement with Variety announcing the diagnosis and his intent to continue working on the series, which has been on the air since 1999.

“I wanted people to hear directly from me that I have been diagnosed with ALS.,” the statement reads. “Anyone who knows me knows that I will continue to work on ‘SpongeBob SquarePants’ and my other passions for as long as I am able. My family and I are grateful for the outpouring of love and support. We ask that our sincere request for privacy be honored during this time.”

A source close to Hillenburg said he received the diagnosis recently and is in the early stages of the disease. ALS, or amyotrophic lateral sclerosis, is a rare terminal illness that affects nerve cells in the brain and the spinal cord.

Hillenburg is a former marine biology teacher who channeled his love of the ocean into animation. “SpongeBob” began as a Saturday morning cartoon in 1999, before transitioning to primetime, where it became a multibillion-dollar franchise popular among kids and adult viewers as well.

Hillenburg also directed 2004’s “The SpongeBob SquarePants Movie,” as well as a co-writer and executive producer on the 2015 sequel. He stepped down as the showrunner to work on the first movie but remained an executive producer. Last March, Nickelodeon renewed “SpongeBob” for a 10th and 11th season, which will keep the series on the air for well over 200 episodes.

“Steve Hillenburg is a brilliant creator who brings joy to millions of fans,” read a statement Nickelodeon issued. “Our thoughts and support are with Steve and his family during this difficult time. Out of respect for their wishes for privacy, we will have no further comment.”

No comments to show.